“The picture theatre supplies folks with the flavour of romance…an architectural harmony of richness and restfulness”
(Theodore Komisarjevsky, The Ideal Kinema, 1930).

In 1911, The Rink Picture Palace opened at 829 Leytonstone High Road. This cinema would become a fixture of the High Road for decades. Despite the affection it was held in, Leytonstone’s cinema closed its doors for the last time in 1974, and the building (including interiors by the internationally renowned designer Theodore Komisarjevsky) was demolished.

Now, artist Dominic Stinton is paying tribute to Leytonstone’s lost picture palace by recreating it in a multimedia, multi-sensory exhibition, featuring 3 brand new silent films, inspired by films shown at the cinema in its 1920’s heyday. Come in, grab a box of popcorn and experience The Leytonstone Picture Palace in all of its glory once again.

Part of Leytonstone Loves Film, produced by the Barbican in partnership with local residents and organisations. Commissioned by the London Borough of Culture 2019. 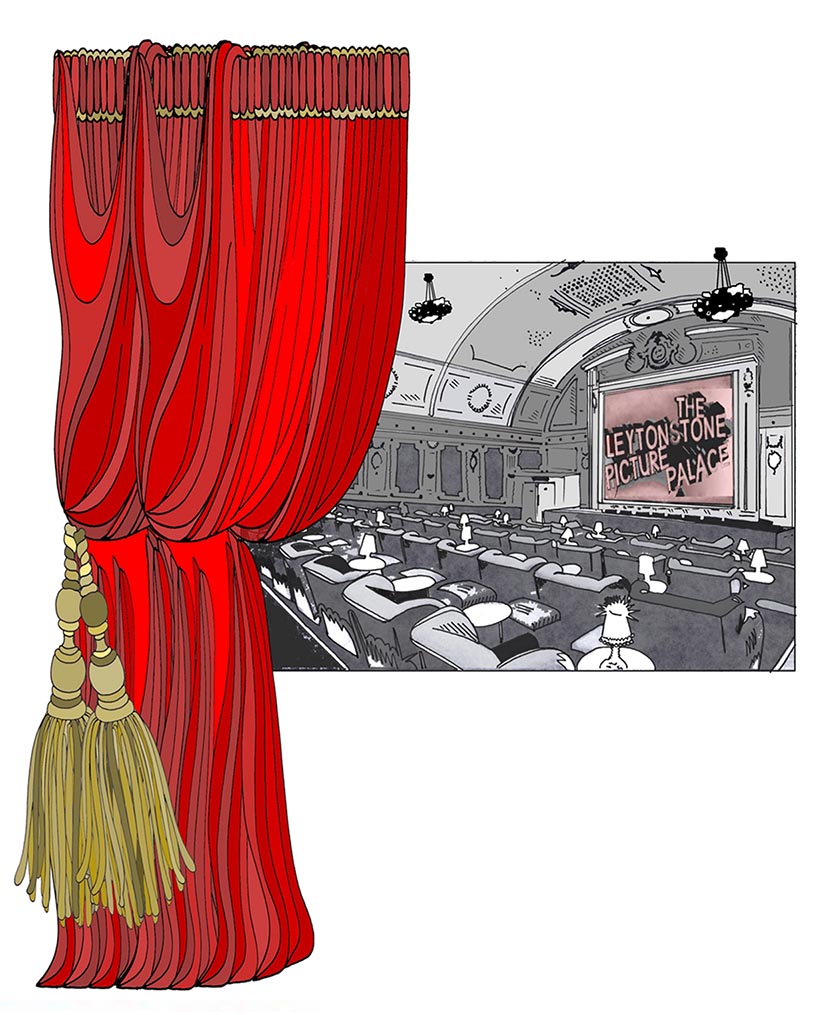