Both Turpin’s and Pickstock’s work reference the light, colours and forms that appear in the landscape. Their work is not illustrative or representational but takes its starting point from the natural world.

In recent years, Turpin has been exploring the notion of shelter in landscape. There are structures hidden in forests, and there are others that have almost become part of the landscape with trees bursting from inside them. In other works we see nothing built or man-made but rather shelter suggested by an area of light emerging through a tangle of branches. Turpin uses these familiar natural forms to try and find a harmonious resolution between colour and form.

Pickstock’s paintings appear to be landscapes; there is a horizon and there is sky. There are often bands of colour that suggest early morning or even later in the day as the sun goes down. Often there are flashes of colour that look slightly out of place and that might be comets or shooting stars or even debris as the titles often suggest. Size is difficult to gauge, there’s no scale as such. The luminous strokes falling down from the sky might be gigantic and will surely destroy whatever is on the ground. While the paintings are beautiful, there is a sense of malevolence and anxiety just below the surface. 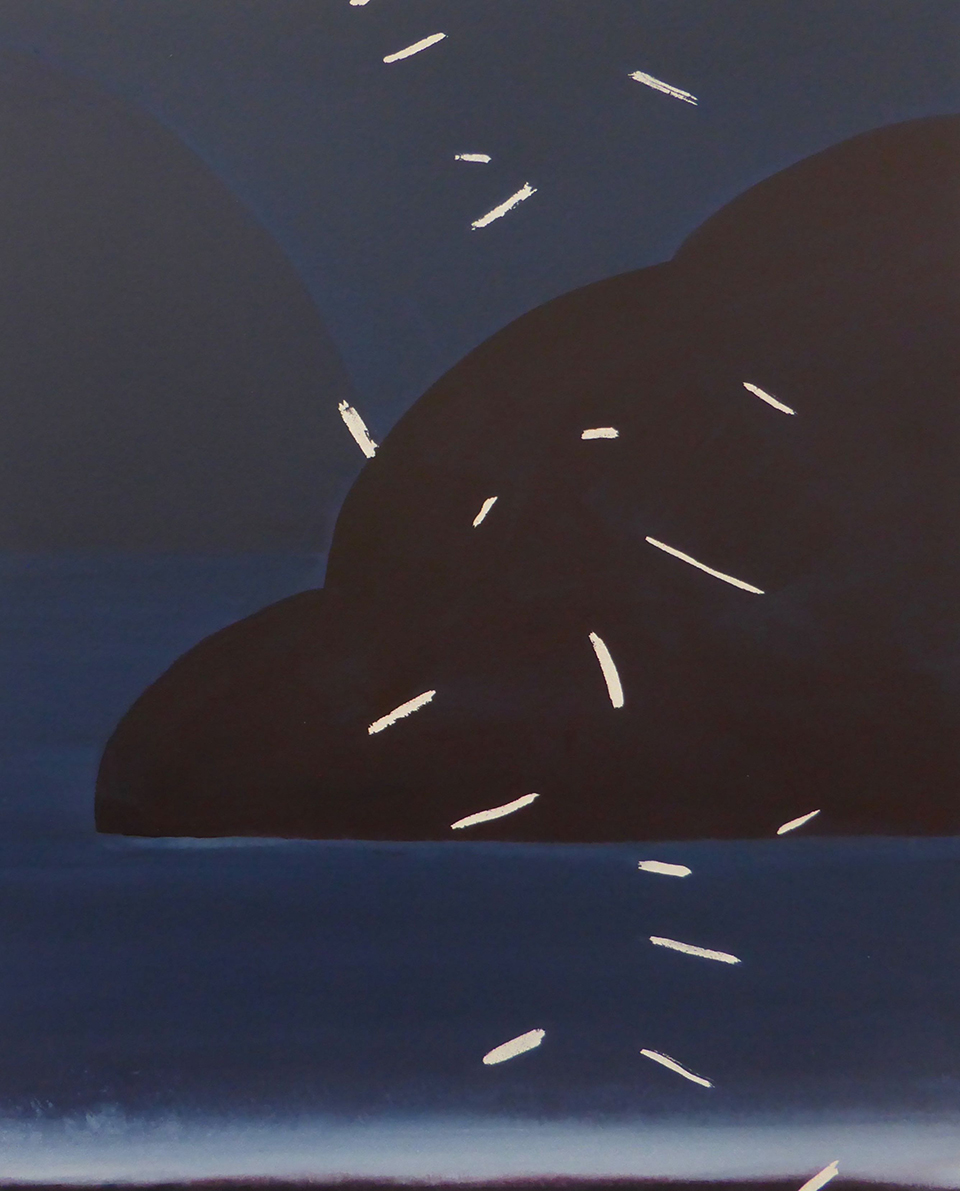