Incognito by CreativeBloc – 5 February to 1 March 2015

Debitum Naturae is a show of photographs of adventures, digitally manipulated to the point of abstraction alongside original pen and ink drawings of a re-imagined Leytonstone.

“Life is a journey, and every journey is a story worth telling, are you the hero or the villain of your story? (some stories are a work of fiction)”

Perpendicular’s installation is a secluded space filled with the sounds and scent that people often associate with gardens or woodlands. The collection of fabric cones hanging within the gallery at varying heights create an illusion of elevation and suspension.

The show by Mark Halliley is entitled Survivors. Mark’s work includes painting and sculptural reliefs using industrial and mechanical found objects.
“I put my trust in the materials that confront me because they put me in touch with the unknown” (Robert Rauschenberg)

Steal This Idea #1 2014: “Each square represents a pixel of my mind; each pixel has been extracted from my journals; each journal contains a majority of the ideas I have not been able to pursue; each idea I share with you.”

Sarah Lowe is a local artist who has lived in the fringes of the East End for the last 20 years. Sarah loves both the suburban and more edgy urban mix that comes from living on the outskirts of a city like London and much of her work has become a reflection of these contrasts. She has been involved with the diverse and locally based artist collective called ‘CreativeBloc’ and showed work in their recent ‘Set in Stone’ group show at Leytonstone tube. This is her first solo show in Leytonstone.

This was the 6th exhibition in the highly successful series of art exhibitions features work inspired by the Star Wars universe. The work on display was be an eclectic and wide reaching mix of 2D drawings, paintings,prints together with 3D sculptures and creations which range from photoreal to abstract. Artists involved, include Carne Griffiths, Jim Vision, Maria Slovakova, Sarah Carpenter, Pauli Bates, Charlotte Cooper, dARTh, Benign Samuel, and Jeff Cox.

A show mainly composed of a series of pairs of black and white drawings.  The main emphasis of the exhibition was to convey a spectrum of emotions through the facial expressions and eyes of the subjects. They display emotions and feelings, ranging from excitement and happiness to sadness, hunger and exhaustion.

An exhibition in memory of Julie Stephenson curated by Isaac Samuels. Funds raised during the duration of the show will support Re:Assure, a programme of dedicated counselling support for migrant women living with HIV on their journey to overcoming traumatic experiences.

We are hosting Karen Logan, Lucy Williams and Gillian Swan. Karen is a visual artist exhibiting work from an ongoing project exploring her interest in family history, textile processes and landscape. Lucy is a visual artist  exhibiting recent work which explores ideas about identity. Gillian’s work – ‘The future is brightly coloured’ – is a mixed media piece looking at how we value the landscapes of our daily lives.

Drawing Club is a collective from Kingston-upon-Thames. Since Leytonstone is the home of the late Alfred Hitchcock, the seven members of the collective have themed the exhibition around his works, particularly ‘Rear Window’, but in the energetic spirit of Drawing Club.

In this particular series Boris Born, German born artist based in London, uses a brighter palette than usual; his lines are more distinct, giving way to angular and organic shapes and contrasting effect. The results seems a like a scene from a landscape, objects or creatures of a second nature or different planet.

The pieces in Woodie’s show will attempt to explore the devastating gentle ignorance that continues to grow in all of us. Woodie is interested in trying to expose the overall assumption that our needs can be answered without consequence. This series of works aims to highlight these ingrained and deadly assumptions using many materials and methods.

The paintings in this show are Jeff Cox’s reflections on life, memories and art. Like many painters he is uneasy with the blanket term “abstract”- Jeff does not consider any of his paintings to be abstract in the purest sense. Some would argue that all painting is abstract: painting is a bunch of forms and colours on a flat surface. All his paintings have a definite content but he is very resistant to explaining them.

POLYGONDAYDREAM: Visceral and virtual by Paul and Mark Cummings – 6 to 30 March 2014

The wolf and the goat are common motifs in the mythologies and cosmologies throughout Eurasia and North America. The totemic value of these creatures aided Shamans to seek knowledge and spiritual experiences by identifying with the spirit of these creatures. These sculptures offer up a modern visceral urban folk myth where craft is aided by technology to afford a new status by providing a new kind perceivable reality, the non-physical digital reality.

American artists Natalie Dunham and Sarah Jacobs create their artwork painstakingly by hand, Natalie using geometric language, and Sarah using patterns. Sarah’s series of intricate showy paintings, Ethosphere, speaks of life’s complications, but rather than striving to offer an alternative it glorifies noise, complexity and entanglements. Natalie’s minimal installation targets the idea of uncomplicating the complicated. She strips down materials to their natural unaltered states.

All the works presented in this show are produced by Stone Space volunteers who help run the gallery and work behind the scenes. The huge diversity of the pieces in the show nicely reflects the diversity of our volunteers. Next to each piece we have also included a short profile written by the volunteers about themselves and their involvement at the Stone Space. 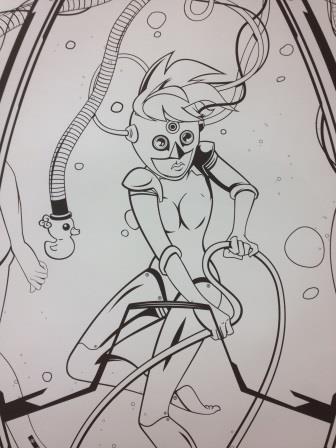 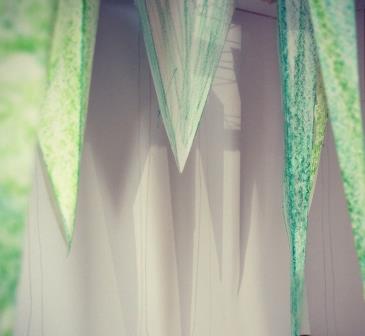 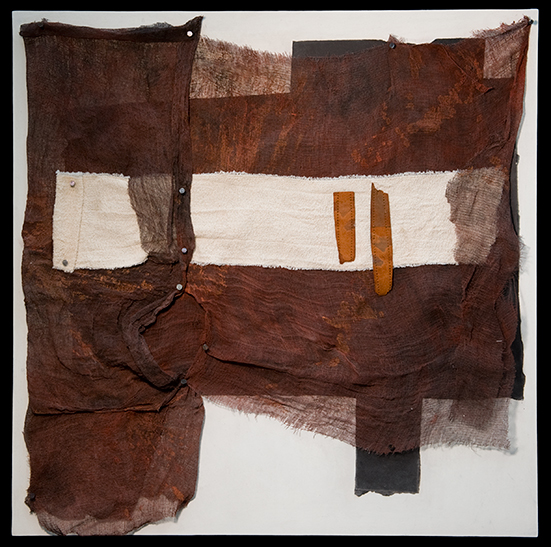 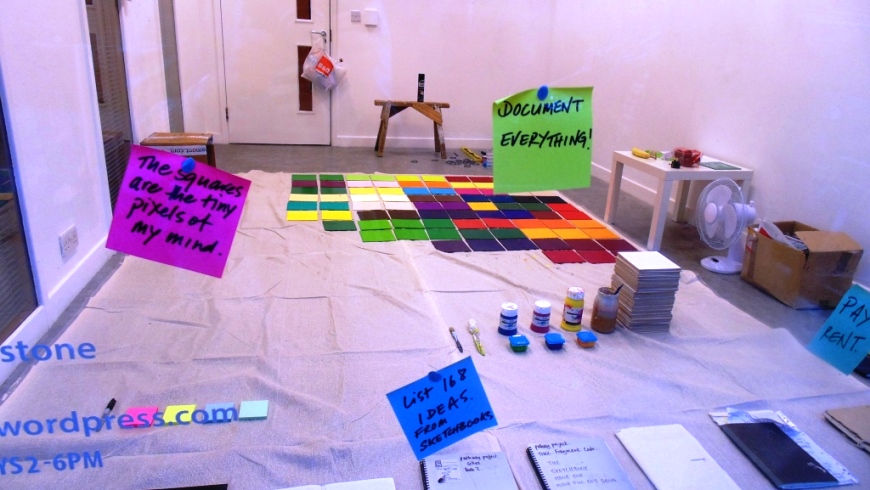 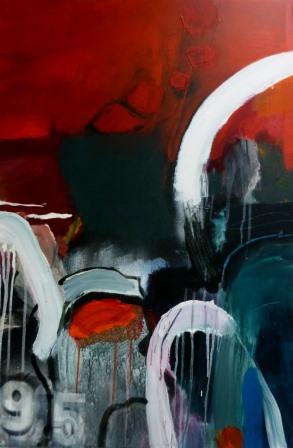 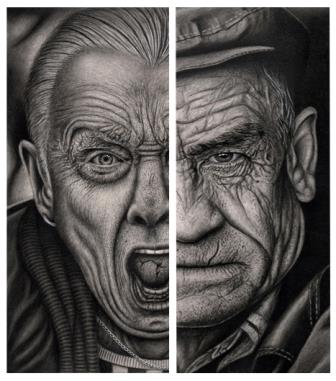 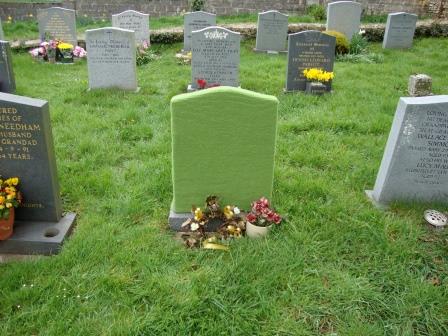 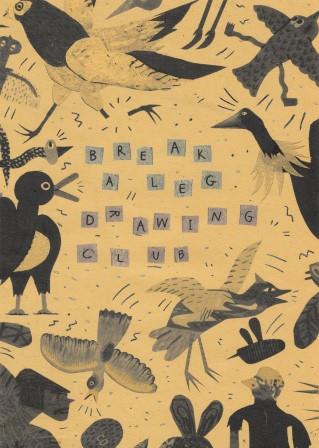 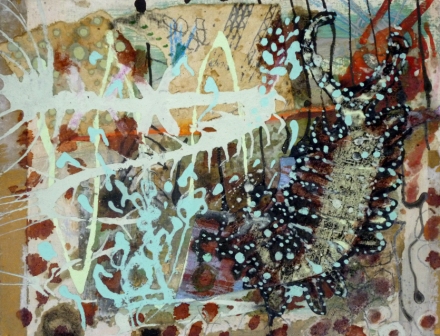 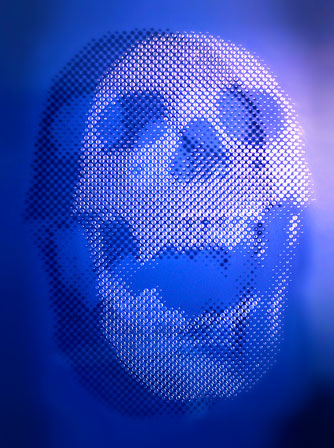 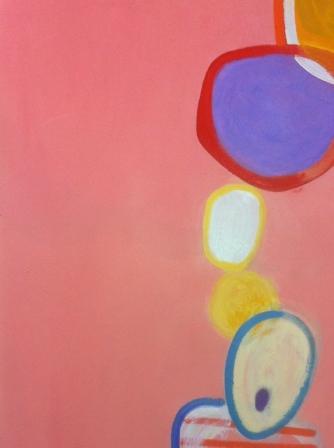 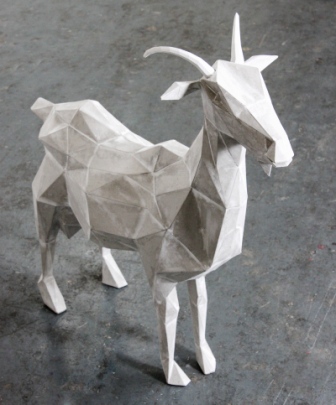 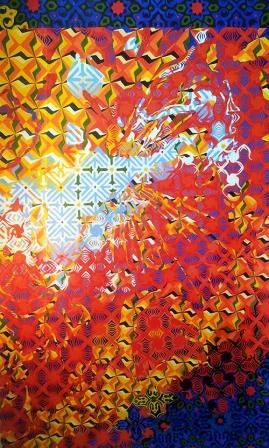