Details of exhibitions between October 2011 - December 2012

“Minutiae” is a group show of works selected by gallery members in a response to an open call out of the same name. The exhibitors display a broad, interesting and thought provoking variety of works based on the theme. It includes drawing, painting, animation, photography and sculpture and represents the richness and diversity of artists thought and practice.

Emma Jane Spain and Jake Green are a duo whose practices are combined from different ends of the photographic spectrum, one artistic and one commercial.

The construction of home in popular magazines is a fantasy that is doomed to fail, life can’t compete with this facade of perfection. The Tumbled House turns the idea of the constructed home on its head and embraces failures as if they were triumphs. Combining notations of product photography and ideas of nostalgia, fakery and the damaged. The Tumbled House builds an ugly product for mass consumption.

This exhibition is in conjunction with photomonth.

Ribbon Machine Collective are a group of artists living in London, joined together by the work they make, courses they have attended, geography and chance.

An exhibition of stitching and embroidery by Sally Hewett and her grandmother, Violet Kesby who died in 1965 and left most of her collection of clothing, embroidery, fabrics, lace and silks to Sally.

Stephen Snoddy, Director of the New Art Gallery in Walsall, selected work from over 70 artists from The Art Trail 2012 to be part of this group exhibition.

As part of The Leytonstone Arts Trail this year The Stone Space will act as an information point and showcase for the arts trail and so we have given all artists participating in the trail the opportunity to exhibit a small example of their work there during the trail.

Many of the visitors to the Olympics this summer will pass through Leytonstone, but the town is so much more than a stepping stone to this year’s games, and we want to make sure that we get across the flavour of Leytonstone to visitors! This show incorporates submissions from artists who have an affiliation with Leytonstone, who live in the area or nearby, or who have grown up here and have memories of the town, or those who just feel they have something to say about the town no matter where they come from!

The Stone Space is pleased to present an exhibition by Jeff Cox whose paintings explore the themes of memory, relationships, birth, sex and loss.

The Stone Space proudly presents Night after Night an exhibition by Helen Burgess. A series of scenes unfold on the walls of the gallery; the artist explores the fascinating city nightscape as a prompt for memory and reverie. Helen presents a series of playful nocturnes with paintings, drawings and collage; observed, imagined, memorised and dreamt of.

Arts Canteen and The Stone Space are delighted to present, Defiance, an exhibition by five Palestinian artists which invites us to celebrate the determined agency of Majed Shala, Shareef Sarhan, Mohamed Abusal, Raed Issa and Nidal Abu Oun to overcome the environment in which they work while being inspired and challenged by it.

The Stone Space proudly presents Inclusions, an exhibition which celebrates the work of artist’s whose work straddles genres.

The Stone Space is pleased to present ‘Remote Cities’, an exhibtion that will introduce us to an imagined landscape from a surreal world where the Imaginary cities that occupy Eleanor Bedlow’s mind are formulated into models and then into drawings.

The Stone Space is pleased to present a live drawing event ‘EDEN’ by artist Carne Griffiths.
Working in calligraphy ink and tea, the artist will create floral imagery connected with ideas of creation and evolution whilst exploring the interplay between artist as creator and the outside influences of chance and suggestion from viewers.  Based heavily on floral forms the installation leads on from last year’s drawing made inside a house as part of the Leytonstone Arts Trail.

The Stone Space is pleased to present Outlines, an exhibition of work by London based artist Gillian Swan who works with paper and card to produce three dimensional constructions which are then painted. Past work has imagined satellite dishes as constellations of stars and Outlines will include new pieces that focus on ornamental moldings and the accidental embellishment of the built environment resulting from the removal of graffiti.

The Stone Space is delighted to host ‘Spill’, an exhibition by Walthamstow artists Della Rees and Alke Schmidt. Della and Alke are interested in exploring contemporary social and environmental issues and debates through the subversive nature of art’s aesthetic dimension.  In the works created for “Spill”, the artists have focused on the disastrous impacts caused by oil spills.

The Stone Space is delighted to present ‘Dialogue’ by artist Debbie Locke, a drawing installation comprising of 3 wall-based drawing machines which communicate with each other via Bluetooth technology.

Moving on from her Hackney 4 day painting marathon of individual models, Charalambou has brought the task to Leytonstone and this time set herself the challenge of tackling a group sitting live at the gallery. The 2 day Live Paint will be followed by an exhibition of her work.

Guaranteed to lift the spirits and put a bit of sparkle back into your festive Season, a collection of works from local artists in our behind closed doors winter exhibition.

An exhibition of exploratory drawing curated by Eleanor Bedlow and Carne Griffiths
http://www.drawingcrowds.co.uk

Drawing inspiration from old photographs, documents and maps, Lee, a graduate of Middlesex University, uses her own family history as a starting point to explore such themes as genetics, memory, nationality and mortality.

An exhibition curated by the Stone Space Group 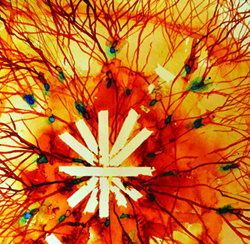 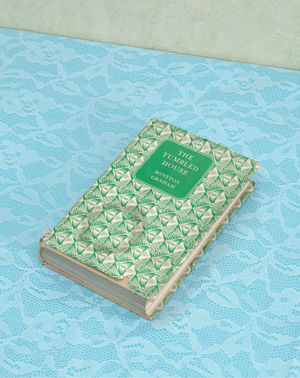 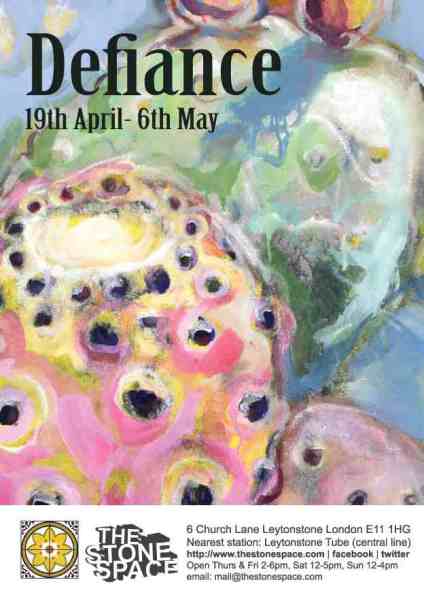 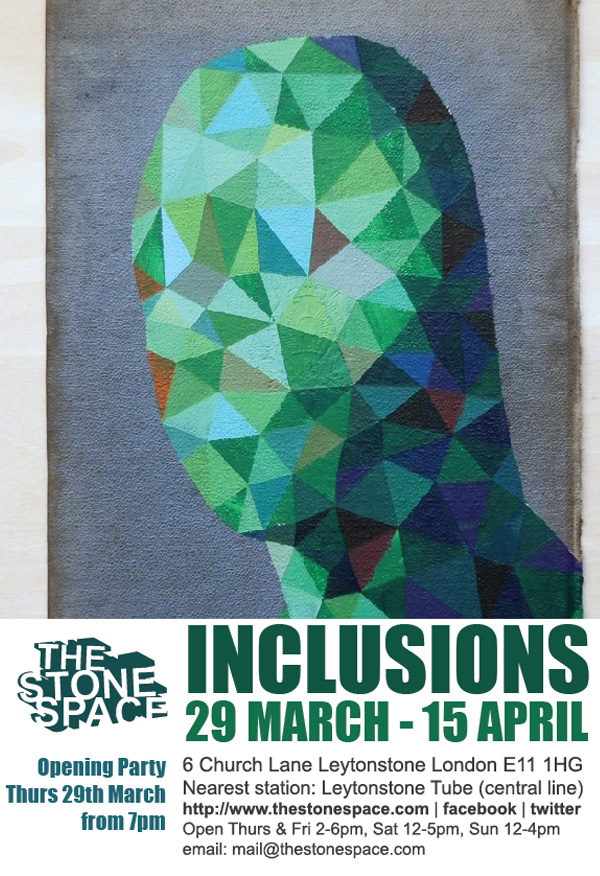 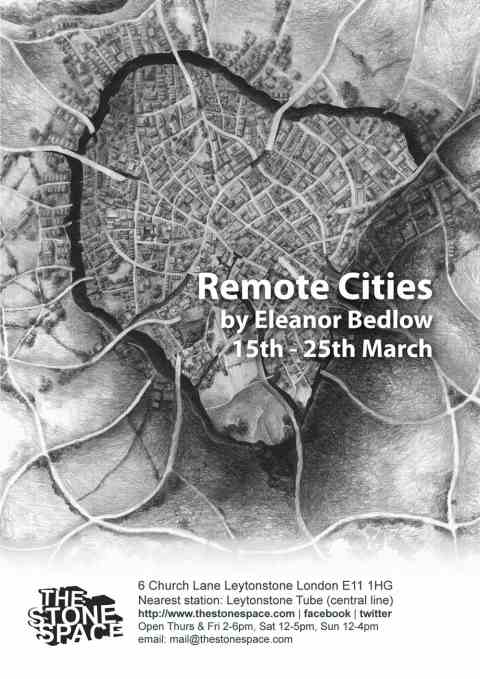 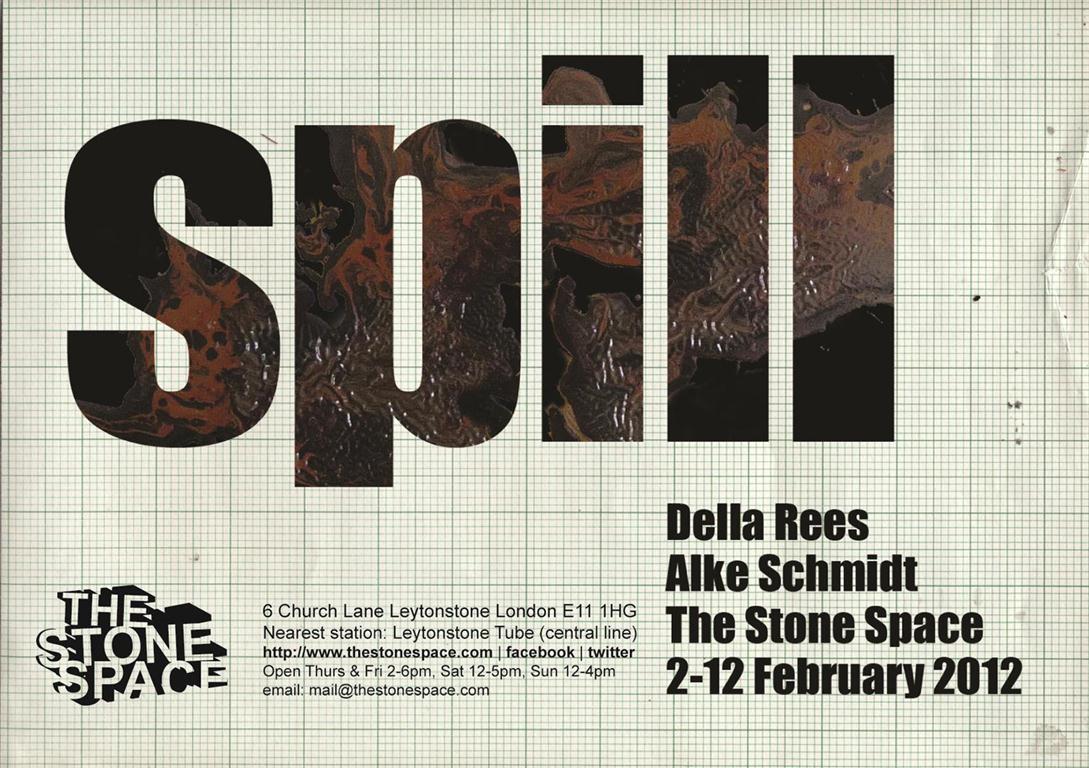 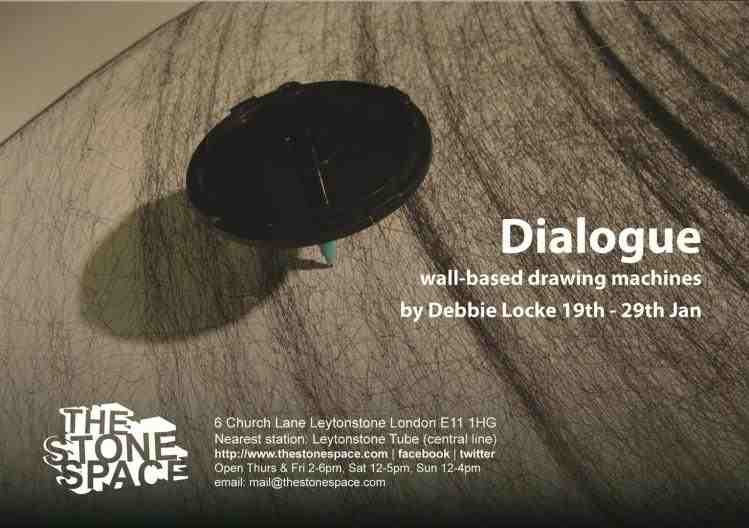 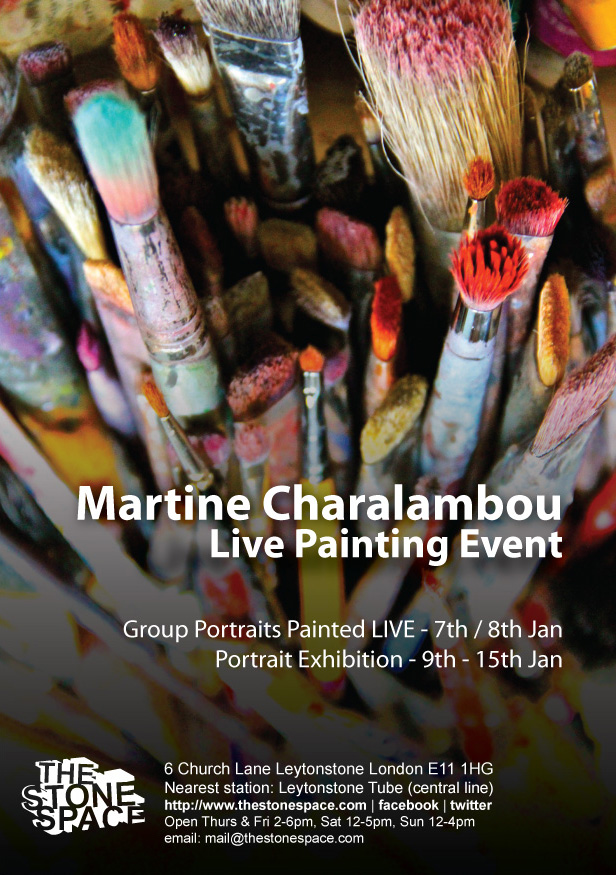